Haunting Douglas is a documentary about Douglas Wright; choreographer, dancer, artist. Watch an excerpt below or click on the demand icon on the video to stream the full version of Haunting Douglas on demand. 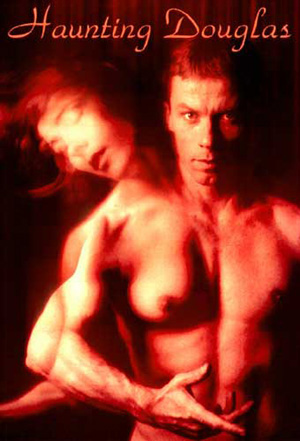 From Tuakau New Zealand to the stages of New York, Douglas’s journey has included drugs, alcohol, illness and accolades.

Haunting Douglas is a portrait of a great artist and features excerpts from his extraordinary body of work.

“…a sad and a triumphant story, at times darkly hilarious. Resilience of spirit is palpable, even though the face is gaunt with sorrow…Profoundly moving, the film is intense, like both its subject and its maker…Pooley pulls together many threads to help us understand and appreciate this dance-maker at work.” – The Dominion Post, NZ

“Wright expresses himself in bitingly enunciated paradoxes, reaching us again and again, now that his body refuses to dance, with the vital, lucid artistry of his words.I can think of no more appreciative, perceptive or powerful documentary portrait of an artist in New Zealand than this.” – NZ International Film Festival

“A benchmark in arts documentaries.” – The Sydney Morning Herald

Watch a video excerpt from Haunting Douglas Television, 2003 (Arts/Culture, Documentary) NZ Onscreen or below if you can see the embedded video. (3 clips available from NZOnscreen.)

Life was never going to be sweet for dancing boy Douglas Wright. Unwilling to learn the collective side-step of the rugby-mad small town New Zealand of his birth, he subsumed his gift, first as a champion gymnast then as a prodigious consumer of drugs before devoting himself to the punishing regime that would make him a world renowned dancer and choreographer.

Of the multiple hauntings in Leanne Pooley’s film, the most fascinating is Wright’s cruel possession of his own body. His life story is written on his astonishing musculature as, under the force of his imagination, it performs wonderful, self-destructive dances. Wright slams into the floor and his fellow dancers, hangs upside down and maintains a constant violent grace ironically reminiscent of the great All Black his father wanted him to be. Off stage he rages too: great loves, wars with the critics and eloquent loathing of the country that provides the raw material for his work.

But even as his body brought him acclaim with Paul Taylor’s Dance Company in New York in the 1980s, Wright was so ferociously tangoing his way up and down gay Manhattan that he couldn’t help but catch the disease he knew but decided not to care about.

Now Wright’s life and art collide. He writhes and leaps through increasingly haunting works. And the film maker has some ghost work of her own to do: she departs from the lush cinematographic approach of the rest of the film and with DV camera probes the sick and injured ex-dancer as he bullies younger bodies to realise his latest (will it be his last?) dance. Pooley and Wright make their own fascinating dance around the insights, hatreds and loves that may or may not sustain a body and an artist in the face of death.

“Anger is not just mine, anger is like petrol if somebody gets angry someone nearby will catch fire. It’s about exploring the way energy can be transformed through art. I’m lucky, I’ve been given more than my share of anger so I’ve got a lot of it to transform.”
Douglas Wright

More information on Haunting Douglas at the NZ Film Archive.